The Problem with the Hard/Soft Magic Metric 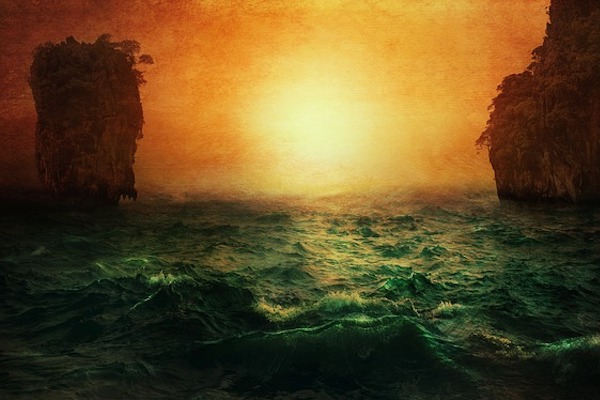 For a while now, something’s bugged me about the Hard/Soft Magic metric in fantasy. It’s a fairly simple metric in theory ⏤ hard magic systems involve strict rules and reader understanding of how the magic works, while soft magic systems are more obscure, meant to create a sense of wonder in the reader.

For the most part, Brandon Sanderson did a great job coming up with this metric. It’s relatively easy to fit most magic systems in somewhere along this scale. (Mage Errant fits in fairly close to the hard magic end of things ⏤ though there is plenty of magic that the reader doesn’t understand, but they can be assured that there are still consistent rules behind it, just ones the characters and the readers haven’t learned.)

The problem I’ve been having, though?

A Wizard of Earthsea.

Or, rather, truename magic systems like the one LeGuin used in Earthsea. I legitimately couldn’t say how many times I’ve heard claims for it being located on both ends of the magic hardness scale. Some people seem to fervently believe it’s soft magic (it certainly inspires an incredible sense of wonder), while others are quite firm in labeling it as hard magic (thanks to its logical, consistent rules).

Part of this confusion is certainly earned, of course. Any formalistic metric applied to art will of necessity be less than entirely rigorous, because, well, art is messy. On top of that, LeGuin could probably inspire wonder with near any type of magic system she chose to write ⏤ her prose and imagery are just that brilliant. Then there’s the Taoism bit ⏤ the Earthsea magic system was heavily inspired by Taoism, which, if you know anything about Taoism, definitely helps muddy the waters there a bit.

The problem, however, doesn’t just end with Earthsea’s truename magic system ⏤ it’s present to varying degrees in just about every other truename magic system I’ve ever encountered. (Cristopher Paolini’s Eragon series, Patrick Rothfuss’ The Name of the Wind, etc.) They often feel like soft magic systems, but they have pretty clearcut, delineated rules.

This goes beyond the common hybrid problem with hard/soft magic. It’s pretty common for people to have trouble pointing out where exactly on the scale a magic system goes, because very few magic systems are entirely either hard or soft, but somewhere in between. Many people, however, far prefer labeling a magic system as one or the other. This results in an inevitable rash of minor arguments, which I definitely enjoy. The problem with truename magic systems isn’t addressed by the idea of hybrid systems either, so far as I can tell.

I looked for an answer inside the hard/soft magic metric for a long time, because I’m a big nerd, and am also unnecessarily addicted to formalist examinations of my preferred art forms. Somewhat frustratingly, I didn’t have any particular luck there.

So, to my delight, it was time to construct a whole different metric: Platonic/emergent magic.

Platonic magic refers to Plato’s Ideal Forms, while Emergent magic refers to the systems theory idea of emergence. Or, if you don’t want to read through their Wikipedia articles:

I am, to be sure, taking some liberties with both ideal forms and emergence here, but since we’re talking about magic in fantasy novels, I hope you’ll forgive me said liberties.

Truename magic is, for the most part, entirely on the Platonic end of this scale. There’s a little play here, of course ⏤ some truename systems are a little more mutable than others. (In some truename systems, like the Dresden Files, the true names of humans can change over time.)  Earthsea, Eragon, and the naming system from Name of the Wind are fit well into the Platonic end of things.

True name systems are hardly the only Platonic magic, of course. Almost every elemental magic system out there is Platonic as well. If you’ve got that standard set of four or more elements (earth, air, fire, water, wood, metal, sometimes other stuff like light, dark, spirit, etc), that’s pretty straightforwardly Platonic. It’s very clearly delineated in almost all of these systems what powers belong to what element, and they often have spiritual aspects to each.

Interestingly, Lovecraftian horror also counts as Platonic ⏤ though its ideal forms kinda drive you horribly mad. Also, the shadows cast in the Lovecraftian Allegory of the Cave are trying to eat your soul.

On the Emergent end of the scale, you have books like N.K. Jemisin’s Broken Earth trilogy, Brent Week’s Lightbringer series, or Barbara Hambly’s Darwath trilogy. Jemisin’s orogenes, mages with immense geological power, make a ton of sense as emergent mages ⏤ once you’ve taken a mineralogy or petrology class, the idea of ideal platonic forms of rocks actually existing is pretty laughable. Not the funny type of laughter, the really stressed out laughter you get trying to identify weird rocks for a test kind of laughter, because rocks are basically just statistical averages of mineral distributions and (muffled screaming). Geology, as arguably the least pure science (every “geological” force is just applied physical, chemical, or biological force), is fairly anathmetical to ideal forms ⏤ so it makes sense that geological magic developed with the kind of intense research Jemisin did would be Emergent magic.

Weeks’ Lightbringer series, at first glance, seems like it should be a Platonic magic system, but its system of color magic is based in a physics based understanding of color ⏤ each color being a specific range of the electromagnetic spectrum we see as visible light. On top of that, there’s no real reason that we label the beginning or end of a color’s range on the spectrum where they are other than our brains liking to chunk the endpoints where they are ⏤ something that, incidentally, varies somewhat from person to person, and can actually change over time. (When you learn new words for colors, you actually start physically differentiating new colors! Super cool stuff.) Definitely an emergent magic system.

Hambly’s Darwath magic I won’t go into too much detail on, but it at first seems like a pretty classical soft magic system (and it is), one that superficially seems Platonic at first, but it eventually turns out it’s actually an evolutionary response to a particular predator of humanity’s. Most of the Platonic features of the magic system are somewhat implied to be flawed medieval human understandings of how the whole system works. (If you’ve never read this series ⏤ which tragically few people do these days ⏤ read it as soon as you humanly can. Hambly is amazing.)

So here we have a whole new way of classifying magical systems, separate from the hard/soft magic classification, and it has essentially zero problems with truename magic systems. There’s no problem with an emergent system being either hard or soft, or a Platonic system being either hard or soft. (I do suspect, however, that if you were to actually make a representative spreadsheet, emergent systems would be moderately more likely to be hard magic, but not by a lot. I don’t suspect there would be a strong bias either way for Platonic magic.)

There are still a lot of kinks to work out here, of course ⏤ many systems are still pretty tough to categorize on it. Sygaldry, from The Name of the Wind, I keep bouncing back and forth on. Many of Brandon Sanderson’s magic systems seem to defy easy placement as well ⏤ I suspect in part because they tend to be just so far to the hard magic end of things that it drowns out the new scale entirely. Take Stormlight Archive surgebinding, for example ⏤ the surges seem to be Platonic forms of derived forces ⏤ basically what we’d call emergent forces in the very specific context of this scale. (Though some of the surges, like Gravitation, are Platonic forms of pure, not derived forces.)

Most of the confusing edge cases might just be hybrid Platonic/emergent systems, however. The biggest weakness of this scale compared to the hard/soft scale is the fact that the transition between them is less intuitive and gradual, though I don’t think it’s a game-breaker. The Darwath magic system mentioned above is closer to being a hybrid than some of the other emergent systems I’ve mentioned.

Where, I think, this new scale gets really useful is when you put it as a y-axis to hard/soft’s x-axis. All of a sudden you have an actual grid to categorize magic systems with, not just a scale. Mage Errant is emergent/hard, Darwath is emergent/soft, Arcane Ascension is Platonic/hard, Wheel of Time is Platonic/Hybrid, Malazan is Platonic/ soft, etc, etc. Said grid allows you to much more easily sort truename systems as well, getting rid of most of the difficulty of classing them. Eragon is Platonic/hard, Name of the Wind is Platonic/soft, Earthsea is…

Well, Earthsea still seems to escape, dangnabbit, but let’s blame that on the Taoism.